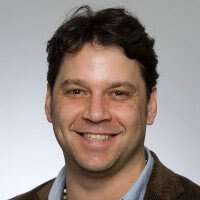 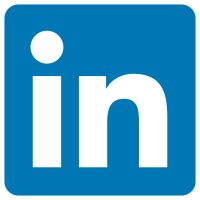 getgeeked Media Founder Barry Myers has been helping consumer tech brands connect with the press and build relationships with geeks for almost 15 years.

In 2003, after five challenging but ultimately boring years advising companies about the laws and regulations governing the technology industry, he got together with some really smart people and helped create DigitalLife, a four-day, CES-style, press+consumer tech expo to get everyone in the industry excited for the holidays. They pitched it to PC Mag publisher, Ziff Davis, who bought it and brought them all in-house to run it.

DigitalLife debuted in October 2004 at the Javits Convention Center in New York with 116 exhibitors and just under 20,000 attendees. Four years later, in its final year, over 250 companies exhibited and over 500 press and almost 60,000 consumers attended. Many iconic brands and products were launched at DigitalLife, including the Xbox 360, Guitar Hero, and some of the very first all-in-one PCs. Barry served as the Event Director all four years of DigitalLife’s existence.

In 2008, with the global economy imploding, Ziff Davis filed Chapter 11 and canceled the event. Fortunately, Engadget co-founders, Ryan Block and Peter Rojas’ had recently sold Engadget to Aol and were working on their next startup, gdgt.com. Ryan and Peter had covered DigitalLife since the first event, but it was an introduction from PCMag Mobile Editor, Sascha Segan, that got things rolling.

Barry joined gdgt as their fourth hire almost a full year before the site would launch. As one must at very small startup, he did pretty much whatever was asked of him, which mostly meant business development and ad sales. However, as launch day approached, he convinced Ryan and Peter to launch gdgt Live, a table-top event series aimed at consumers that would eventually visit 8 cities over the next four years and produce 27 events in total.

When Aol acquired gdgt in late 2013, Forbes’s coverage of the transaction included this, “The best part of the move is that they [Aol] see the opportunity for a more intimate, if such a thing is possible, gathering of tech lovers over the enormous CES event. You see, gdgt hosts events around the USA for people who want to check out the newest gadgets.”

Working alongside Ryan and Peter for almost five years was an amazing experience. They remain two of Barry’s closest advisors, friends, and confidantes. At Aol, Barry spent almost a year overseeing the transition of gdgt Live to Engadget Live and running Aol’s most successful of its three Engadget Expand events. Ultimately, it wasn’t a great fit so, late in 2013, when Peter asked Barry why he hadn’t left Aol to start his own company yet, Barry realized it was time to do just that.

Where gdgt Live was aimed at geeks and was perceived correctly by brands as a complementary event to traditional tech industry press events like Pepcom, when Barry founded getgeeked he had something else in mind. He looked around at all the disruptive technology being created by companies and realized that the only thing not being disrupted were the overpriced, outdated, press-only events where companies went to showcase their new products.

At a time when the influence and reach of consumers was exploding, the format of these events was the same as it had been for 20+ years. With getgeeked Barry and his team are reinventing the tech industry press event as an influencer event designed to help brands get the press they still need but also engage with influential consumers, generate great content to share, and create really fantastic word-of-mouth buzz at key times of the year.

Today, Barry is a transplanted Bostonian living in New York City with his wife, son, and their two cats (rescues, of course) Cheddar and Rufus. He’s proud to say that he’s not only still a Boston sports fan but that he’s raising one in the middle of Manhattan too! He’s also quick to say how grateful he is to have worked alongside some of the tech industry’s best and brightest over the last 15+ years. Barry received his Bachelor’s Degree in Mass Communication from American University and his JD from Boston University School of Law.